Attendees Needed at Fishkill Town Board Meeting - Oct. 21, 2020 at 7PM to Oppose Danskammer

I have been working with various groups, Scenic Hudson, Mothers Out Front, Dutchess Progressive Action Alliance,

Climate Reality and concerned local citizens about getting local municipalities to issue Resolutions to Governor Cuomo and  to publicize the growing opposition to this project. It is of vital significance to our health and general way of life in the Hudson Valley that this proposal to re-build this fracked gas-fired power plant, currently a “peaker plant” (operating only at peak demand times during the year), exits in the Town of Newburgh and juts out into the Hudson River. It was built in the 1950’s and then had to be repaired when seriously flooded by Super Storm Sandy in 2012. It is inefficient and a toxic polluter at present.

Danskammer made a proposal made to the New York State Siting Board in Dec. 2019 to re-build the plant and have it operate at 70-100% of the time. This is a gross mistake and counter productive to The Climate and Community Protection Act (CLCPA) adopted in July 2019.

Twenty-five local municipalities from various counties in the Hudson Valley have issued Resolutions coming out against this proposal. I am currently working with many advocates to encourage the Town of Fishkill to do the same.

The Town of Wappingers must also be made more aware of this project and its negative impact to all life in this region.

In Danskammer’s pro-material they site a need for additional power. This has been issued to be false by the findings of the NYISO (New York Independent System Operator) in their 2018 assessment. Danskammer only reports a previous 2016 report saying there is a need. There is none. The added jobs, for construction, are short-lived and overall permanent jobs only total about thirty. Here is an article just out today  from USA TODAY NETWORK summarizing the issue:  https://www.lohud.com/story/opinion/2020/10/14/danskammer-ny-leaving-dirty-energy-behind/3640022001/
Please take the time to visit www.StopthePlant.org to see supporting materials on how harmful an additional 70% operating fracked gas-fired power plant would be. Health analysis and  toxic pollutants that would be emitted in gross amounts is layed out plainly there. Asmatha rates would increase dramatically along with suseptbility to exposure to Covid-19. Symptoms such as headaches, rashes, fatigue, and the list goes on and on, would surface due to the environmental impact of additional toxins to the environment.
If you don’t know about this project proposal I urge you to at least see www.StopthePlant.org so you can be aware and educated and hopefully motivated to join the movement to defeat this proposal. The NYS Siting Board, appointed by Governor Cuomo, has the final ruling on acceptance or denial. You can see their mission, list of current proposals being considered (7 out of 8 are solar and/or wind power projects!) and Danskammer stands out as the only fracked gas-fired proposal they are considering. The process is long (about 2 years) and currently the Siting Board has not given the nod to Danskammer that the proposal is complete. Danskammer must provide more supporting data but once that is done, then the Board begins their review process. That could take another year.

However, public reaction and input to the Board and the growing sentiment of the population that would be effected by this re-build can only make the Board aware of the lack of need and public opposition to this project.

We don’t need another fracked gas-fired power plant that would only create more fracking and leakage harm to those who live need fracking and commission sites mainly in Pennsylvania. And the toxins emitted by an operating gas-fired plant, no matter what Danskammer says about using a “clean energy” source, perhaps hydrogen in the future, is counter to all renewable goals of NY State and going in the wrong direction for our and the planet’s future.

Thanks for your attention and activitism.

Save the Green Party in New York State 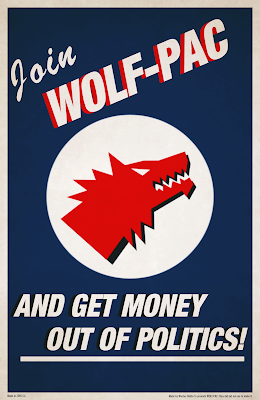 Activist Radio has the following guest on this week:

GUEST: Mike Monetta, National Director of Wolf-PAC, an organization dedicated to working across the states to end corruption at the federal level and in Congress, talks about ways to end the wholesale buying of politicians by the major corporations.

Activist Radio is broadcast: Thursdays 5-6 pm from WVKR 91.3 FM at Vassar College in Poughkeepsie, NY; Sundays 4-5 pm from WIOF 104.1 FM in Woodstock, NY; and Sundays 5-6 pm from the Progressive Radio Network at PRN.FM. It will also be posted on the ClassWars website for the next ten weeks. Simply click on the date to hear it.

August 12  ·
My Dem incumbent opponent, Antonio Delgado, a carpetbagging Wall Street criminal defense lawyer who, in just 18 months, has amassed the most pro-Trump voting record of any Dem in Congress, even went to Trump's Christmas party, and has no plan to sustain us through the current crisis, let alone emerge from it, having failed to prevent me from making the ballot, has told media and other debate hosts that he will not attend any debate to which I'm invited. He doesn't want to be accountable for his record, to have to defend his non-viable policies, or have to say anything on his own behalf other than to point at the novice Republican and say "I'm better than that guy," and let our district's enrollment disparity in favor of Democrats do the rest.
And they will accede, because both from his seat in Congress and from his vast campaign budget, he butters their bread. None dare lose out on his advertising budget, his handing out of pork, or access to him for their lobbying efforts.
Unless We, the People, raise enough of a ruckus. This shouldn't be partisan. The First Amendment's chief purpose is to prevent the closing off by government of information to the voting public, and that's exactly what Delgado is trying to do. Contact every media outlet in the area, public and private, every 19th District Chamber of Commerce (Columbia, Delaware, Greene, Otsego, Schoharie, Sullivan, Ulster, Broome, Dutchess, Montgomery, and Rensselaer Counties), the League of Women Voters, the county Farm Bureaus, and demand that all debates be open to all balloted candidates. Demand that they cover Delgado's power play to shield himself -- and his Wall Street sponsors -- from criticism before the voters as news.
And, of course, share this to all of your social media accounts.
If direct action is needed, we'll know that soon, and I'll let you know.

And then join them in the streets 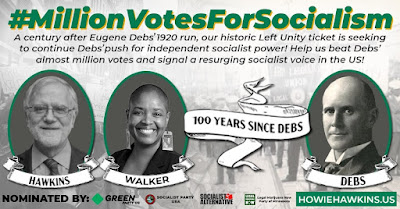 GUEST: Angela Walker, US veteran and working class activist with decades of experience advocating for racial and economic justice in social movements and unions, talks about her socialist beliefs and how she became Howie Hawkins’ running mate on the Green Party line.

About Angela Walker
How refreshing it is to interview a politician who is exactly what she seems to be. Angela has been a Black activist her whole life, and a working person devoted to union rights. She is the real thing when it comes to expressing her political beliefs. The system is broken, the super rich control most of our politicians, and we need a dramatic change if the American people are to share in our great wealth.
Angela has been a leader in many grassroots uprisings against neoliberal policies. She brought her union into the Occupy Wisconsin and Occupy the Hood movements. She is unabashed about her support of socialism, and points proudly at the number of left leaning parties that have endorsed the Hawkins/Walker ticket. A substitute teacher and truck driver, Angela is what democracy looks like.
The "lesser of two evils" is getting dragged into center stage again. Supposedly we must vote for Joe Biden so that we don't fall into fascism. Trump is certainly a white nationalist, intent on using racial violence to stay in power. But the lesser of two evils is how we got to Trump in the first place. Must we now must choose between this madman in the White House and this thoroughly corrupted corporate stooge who is running against him?
Maybe the voting process itself has to be changed, including the gerrymandering, the Electoral College, the voter suppression aimed at people of color, and the unlimited funds that get poured into each election cycle. Too afraid to call for a real revolution in our political system? Willing to go over the cliff for Sleepy Joe? There are other ways to attain equality and justice. Try voting for candidates you can believe in. And then join them in the streets, were all change happens.

Activist Radio has the following guest on this week: 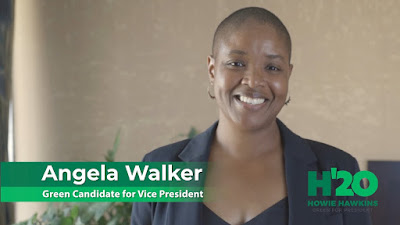 GUEST: Angela Walker, US veteran and working class activist with decades of experience advocating for racial and economic justice in social movements and unions, talks about her socialist beliefs and how she became Howie Hawkins’ running mate on the Green Party line.

Activist Radio is broadcast: Thursdays 5-6 pm from WVKR 91.3 FM at Vassar College in Poughkeepsie, NY; Sundays 4-5 pm from WIOF 104.1 FM in Woodstock, NY; and Sundays 5-6 pm from the Progressive Radio Network at PRN.FM. It will also be posted on the ClassWars website for the next ten weeks. Simply click on the date to hear it.

Or make a check out to

Let us know if you are from Dutchess, Orange or Ulster County. 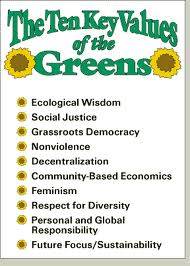